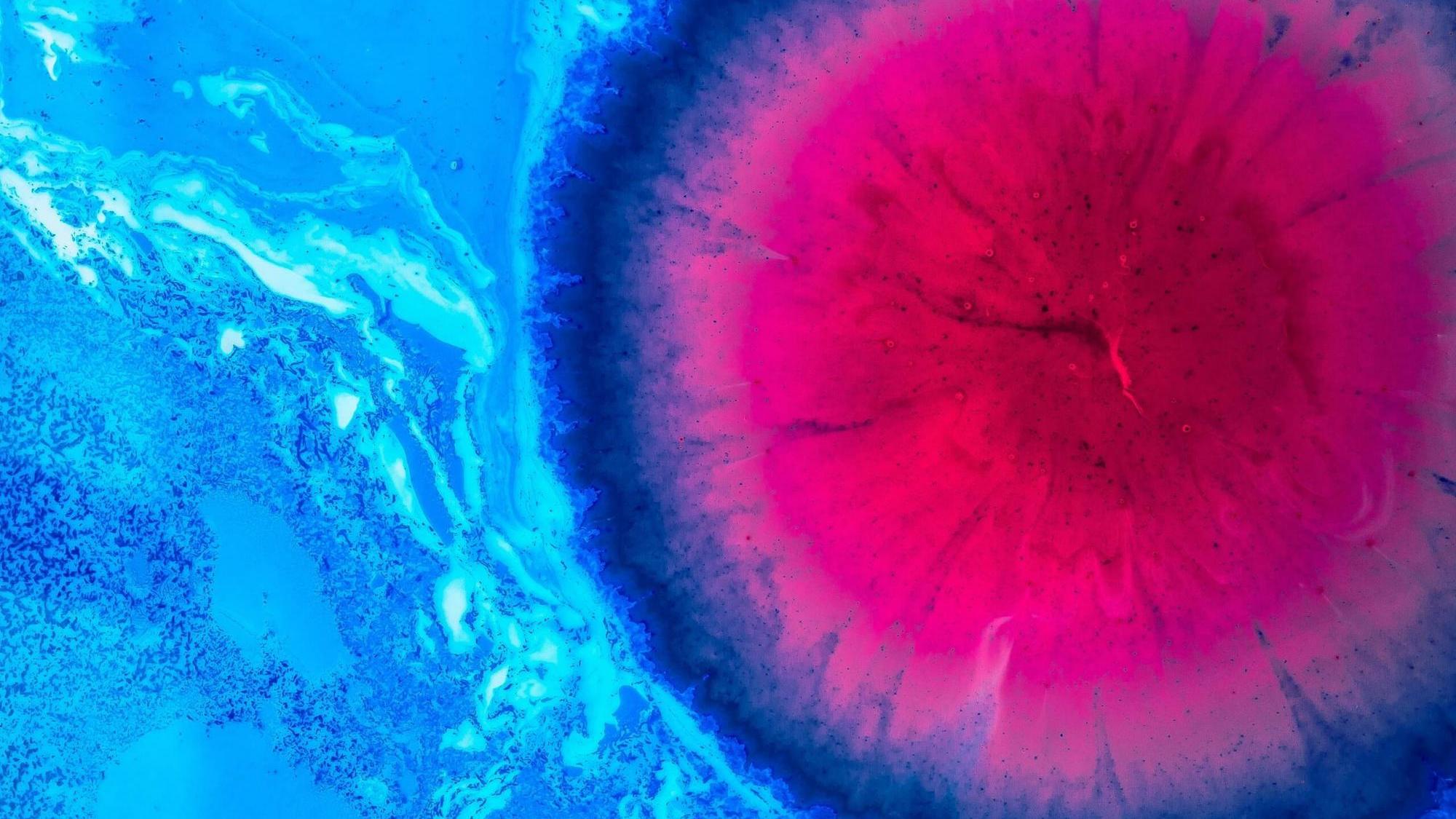 Project Title: Genotyping of the American foulbrood causative agent as a tool to determine the transmission routes of the disease

WP1: Overview of the situation in Slovenia regarding American foulbrood (AFB)
WP2: Bacteriological examination of brood and honey
WP3: Typing of P. larvae isolates and molecular quantification of P. larvae in honey
WP4: Preparation of guidelines

2.A. Molecular typing of P. larvae isolates with ERIC-PCR
2.B. Implementation of qPCR and dPCR for P. larvae quantification in the selected samples of honey and interpretation

3.A. Molecular typing of P. larvae isolates with WGS
3.B. Bioinformatic analyses of WGS data
3.C. Analysis of the results

Beekeeping has a long tradition in Slovenia. It is an important agricultural and economical branch on one side, while on the other it plays a unique role in preserving the national cultural heritage. The main purpose of the beekeeping is still the production of bee products (honey, pollen, propolis, wax, royal jelly and bee venom), which are indispensable in the human consumption and have evident positive effects on human the health; in addition, they are also used in the pharmaceutical industry. Furthermore, the production of queens and manufacture of the beekeeping equipment are also an important part. Bees play a very important role by pollinating cultural plants and, therefore, have an invaluable economic and nature-conservation meaning in a broad sense. A more and more increasing activity in Slovenia, linked to the unique beekeeping heritage and culture, is the beekeeping tourism.

In Slovenia, beekeeping is allowed only with the Slovene autochthonous bee race Apis mellifera carnica (the Carniolan grey bee), which has characteristic favourable features, both morphological and ethological. There are queen breeding apiaries in Slovenia, which are used to breed the indigenous Carniolan bee. An important beekeeping goal is also increasing the resistance of the bees against diseases. Bee societies are subjected to several contagious diseases, among which the varrosis and the American foulbrood are the most important from the economical perspective.

The American foulbrood (AFB) is an extremely contagious and one of the most devastating diseases of the bee societies. It occurs mostly in the areas populated by the honey bee A. melifera. The causative agent of the diseases is a Gram positive sporogenic bacterium Paenibacillus larvae, which affects very young bee larvae. The adult bees are not susceptible to P. larvae infection. The larvae get infected with P. larvae spores through the contaminated food. The spores germinate in the intestinal lumen of larvae, bacteria multiply to a great extent, invade the haemolymph and cause the death of larvae. The latter is then decomposed into a sticky mass, which later becomes a dry scale containing millions of spores. Spores of P. larvae are extremely resistant against several environmental factors and may remain infective for decades. Because of the disease, a severe deficit of the bee brood appears; the diseased bee societies weaken and are completely destroyed.

P. larvae infection may be latent for months; meanwhile, the causative agent P. larvae spreads unimpeded within the bee society. The most efficient measure to suppress the disease is to prevent its spread. In accordance to the Regulation on the measures to detect, suppress, inform and prevent American foulbrood, the disease should not be treated by drugs and should be notified to the authorities according to law. Suppression of the disease includes harmless destruction of the infected bee societies, contaminated beehives and infected combs, in addition to the equipment that cannot be disinfected. On rare occasions, in the bee societies without clinical signs and in the strong bee societies where the disease is still in an initial stage, the use of the bee shaking method is allowed. Since the disease is often spread by the uncontrolled bee transportation, one of the suppression measures in Slovenia is the introduction of 3-km zone around the disease focus (so called infection circle or embargo zone). In this zone, the transport of bees is prohibited until the focus is sanitized and all the bee societies within the zone are inspected. If there is a new focus detected in the zone, the transport ban is expanded accordingly. This may take several months and cause additional economic losses due to the ban on the transport of the bees to the honey flow areas and the ban on the trade with queens and bee societies. There are differences between the states regarding regulations for the suppression of American foulbrood, particularly in the size of the zone where the bee transportation is prohibited. In Slovenia, the ban in the 3-km zone around the focus is determined by the law, based on the flight range of honey bees.

For the detection of P. larvae, the remains of the diseased bee brood, honey and other bee products can be inspected. Suspicion may be aroused when the clinical signs are present, that is irregular or scattered brood pattern with dark, concave, perforated caps and sticky larval remains in the brood comb cells. Diagnostics of AFB in Slovenia is currently based on the classical microbiological method with isolation of the pathogen on special media that promote germination of the spores and growth of P. larvae. Determination of P. larvae is classically performed on the basis of the morphological and biochemical properties of the pathogen. Lately, also in Slovenia, the classical diagnostics based on the biochemical characteristics, which can be quite time-consuming (4–10 days for P. larvae), has been supplemented with the method for determination of bacterial agents on the basis of mass spectrometry with MALDI-TOF.

The most common genotyping method to characterize the obtained P. larvae isolates is ERIC-PCR, which is based on the amplification of repetitive conserved genomic regions. Four P. larvae genotypes have been described (ERIC I–IV), but only ERIC I and II are found in clinical cases. These two genotypes differ also in the phenotypic features, mostly in the morphology of bacterial colonies or spores and their biochemical characteristics. However, the difference in virulence is the most important. ERIC I strains are more virulent at the level of bee society, while ERIC II strains are more virulent at the level of individual bee larva. Determination of ERIC type is therefore useful to predict the disease progress in the beehive.

All P. larvae isolates that will be obtained in the scope of the project will be typed by ERIC-PCR. Thus, it will be possible to determine the prevalence of ERIC types in Slovenia, which has not been performed yet. Correlation between specific ERIC type and the associated clinical picture of the disease will be studied. Thus, the feasibility of changing the guidelines for preventing AFB in conjunction with the associated ERIC type will be evaluated. Implementation of the ERIC method will also enable the identification of ERIC genotype for the prospective monitoring of AFB outbreaks.

Some time ago, a scheme for the determination of P. larvae genotypes was developed based on the sequences of seven gene loci, i.e. MLST (multilocus sequence typing). For the epizootiological monitoring of the disease, due to its greater discriminatory power compared to ERIC-PCR, the MLST method is more appropriate. However, by far the best method is the WGS (whole-genome sequencing) with the highest discriminatory power. The first of the most common principles for obtaining information from WGS data relevant for typing is the analysis of sequences of a very large number of gene loci within the defined MLST scheme, which can include larger (wgMLST, whole genome MLST) or smaller (cgMLST, core genome MLST) part of the bacterial genome. Another of the most common approaches to WGS data analysis is the SNP approach, i.e. the analysis of single nucleotide polymorphisms within the entire bacterial genome, which enables the most credible reconstruction of the relationships between the studied isolates. The WGS method is currently the ultimate method of choice for the bacterial typing.

In the scope of the project, isolates with a presumable epidemiological relation will be selected and subjected to WGS to obtain their whole genome sequences. By comparing the genomic sequences of P. larvae isolates, we will get an insight into the genetic diversity of epidemiologically related isolates and precisely define the outbreaks of the disease. The corresponding sequence type according to the classical 7-gene MLST scheme will also be determined, which will enable the determination of the population structure of isolates P. larvae in Slovenia and place it in a global map.

Within the project, the molecular quantification of the P. larvae in the samples of selected honey will also be introduced by implementation of a specific PCR method (polymerase chain reaction). For this purpose, qPCR (quantitative PCR or real-time PCR) and dPCR (digital PCR) will be used. The main advantage of dPCR is its capability of absolute quantification, which will allow us to calibrate the qPCR method according to the results of dPCR without the need to count the bacteria by cultivation, which is rather unreliable when counting P. larvae spores. Based on the results, the predictive value of the number of spores in the honey for the potential development of clinical signs of AFB will be determined.

Based on all the obtained results from the project, the currently accepted guideline for the disease control will be evaluated, including the size of the infectious circle or embargo/confined zone. It is expected that the project results will improve our knowledge on AFB from the epizootiological point of view, including better understanding of P. larvae transmission routes and the impact of the distance from the primary focus of AFB for the potential infection of new bee colonies. If the results will show that the occurrence of AFB within the confined zone of 3 km does not originate from the same focus, our findings will serve as a foundation to change the disease regulations. Accordingly, the size of the ban zone with the prohibition of bee transport could be reduced. This could also reduce the economic damage for beekeepers due to the ban on the transport of bees to their honey flow areas and on the trade with bees and queens. All the project results and findings will be given to the beekeeping public, directly at the education events for beekeepers and through publications in the professional journals. The basic and original scientific results, obtained in the scope of the project, will be published in the scientific journals and presented at professional or scientific meetings. The project work will represent an important contribution to the international exchange of knowledge and the promotion of science in Slovenia. The new knowledge will also be included in educational and research work at the Veterinary Faculty of the University of Ljubljana.