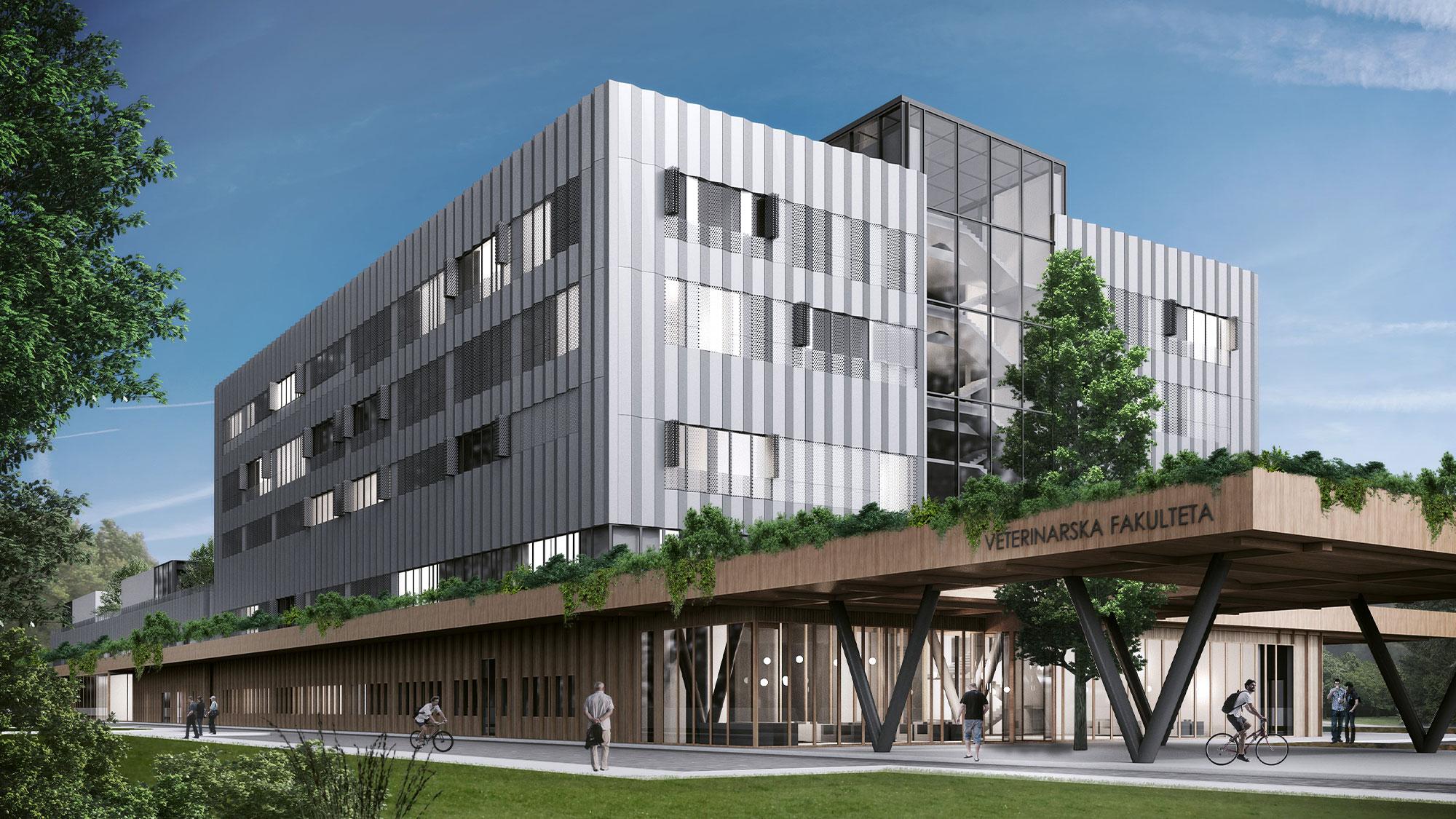 The Veterinary Faculty strives to ensure that veterinary doctors receive training that meets the expectations of the veterinary profession in Europe in the areas of animal health, animal welfare and public health, including the care of food safety and the prevention of the spread of infectious diseases.

The photo above shows the visionary image for the new premises of the Veterinary Faculty. More about the project can be found by clicking on this link.

The Veterinary Faculty is dedicated to, and responsible for, creating new generations of veterinary doctors, who are ready for the challenges ahead. It also strives to develop new methods of disease identification and treatment, and through its extensive services ensures comprehensive animal welfare, animal and human health, safe food and a safe environment.

The Veterinary Faculty has a desire to be one of the most reputable, established and internationally recognised veterinary institutions in Europe, known for the knowledge, skills and ethical standards of the veterinarians it educates, as well as its dedicated pedagogical, research and professional staff.

Through activities in the national veterinary network, the faculty wishes to actively contribute to social development and animal welfare, while ensuring the concept of ‘one health’ and the recognition of the veterinary profession and the profession in society.

Modern veterinary medicine began to develop with the establishment of the first veterinary schools in the 18th century. The first two schools were established in France – in 1762 in Lyon and in 1765 in Alfort – while the third veterinary school, which significantly influenced the development of the veterinary profession in Slovenia, was founded in 1765 in Vienna. Civil and military veterinarians working on the territory of today's Slovenia were trained at the latter institution.

In 1795 the Veterinary Chair was established at the Medical-Surgical Institute of the Ljubljana Lyceum, and in 1850 the veterinary-farriers school in Poljane, Ljubljana, opened. The most important of the school’s founders was Dr. Janez Bleiweiss, who worked in various fields, and who, due to his political activities and commitment to Sloveneness (the quality of being Slovene), was known in the 19th century as the ‘father of the nation’.

In 2001 the Veterinary Act stipulated that the Veterinary Institute of Slovenia should join the Veterinary Faculty of the University of Ljubljana, which must form an internal organisational unit - the National Veterinary Institute. This form of organisation significantly contributes to the higher quality of pedagogical work and, in addition, the most demanding activities of the small profession in a small country are rationally and effectively connected, which is also acknowledged by renowned veterinary experts around the world.

The main activities of the Veterinary Faculty are the organisation and implementation of: